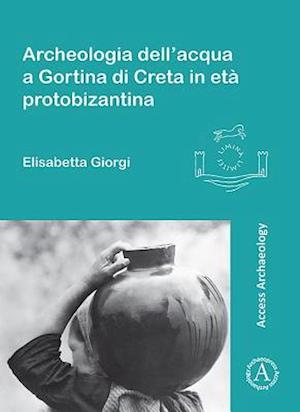 Ancient aqueducts have long commanded the attention of archaeologists, both for their intrinsic, monumental importance and for their significance as infrastructures closely related to the concept of civilisation. An aqueduct, in fact, is an artefact that has a great potential for providing information concerning at least two major aspects of ancient society: those relating to structural, technical, and engineering matters, and those relating to building and construction technology. These topics have enjoyed considerable attention in past studies, and in recent years they have also been integrated with a multi-disciplinary and contextual approach. They have further increased the potential of the analysis of ancient hydraulic systems, turning them into historical subjects capable of expanding our knowledge of the urban and social transformation of ancient cities and their territories. The current study of the early Byzantine aqueduct of Gortyn (Crete) follows this tradition, but starts from a viewpoint related not so much to the aqueduct itself, as to a series of questions about the city: what was the appearance of Gortyn in the early Byzantine era? How did the inhabitants live? Where did they live and what did they do for living? The aqueduct was born with the Roman city and accompanied it for its entire lifetime, constituting the backbone around which the various forms of urban settlement were redrawn at each major historical stage. Its vital link with everyday life makes the aqueduct a key witness for the study of the transformations of the city over the long term.

Forfattere
Bibliotekernes beskrivelse A study of the early Byzantine aqueduct of Gortyn (Crete). Illustrated throughout in colour and black & white