Archaeology and Oral Tradition in Malawi

- Origins and Early History of the Chewa 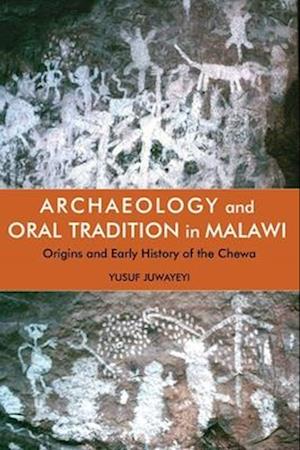 The Chewa are the largest ethnic group in Malawi, representing a third of the population of approximately 19 million, and their language - Chichewa - is Malawi's national language. Yet the last book on the history of this group was published in 1944, and was based on oral history, or tradition. As with much African history, oral history started to be recorded only in the late 19th century. This is the first book to use not only oral history, but also documents written by early Portuguese explorers, traders and government officials, as well as archaeology, to piece together the early history of the Chewa. The author is an archaeologist, who discovered the first major Chewa settlement, Mankhamba, near the southern part of Lake Malawi. His excavations have enabled a more scientific chronology of the migrations of the Chewa into what is today Malawi and have provided physical proof of their early history as well as their material and spiritual culture and way of life. Professor Yusuf Juwayeyi has written and documented a very readable history and description of archaeology, which reveals the value of combining oral tradition together with archaeology to arrive at a more accurate picture of the history of a pre-literate society. This book will be of value not only to historians, archaeologists and anthropologists, but also the general reader interested in Africanhistory. YUSUF M. JUWAYEYI is an Associate Professor of Anthropology at Long Island University, Brooklyn, New York. South Africa: UCT Press