Archaeologies of the Future

- The Desire Called Utopia and Other Science Fictions 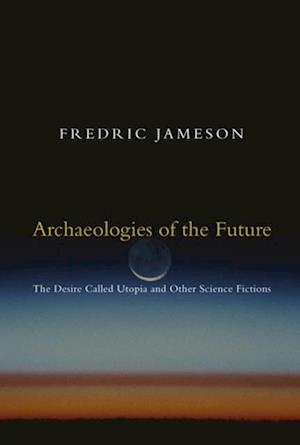 In an age of globalization characterized by the dizzying technologies of the First World, and the social disintegration of the Third, is the concept of utopia still meaningful? Archaeologies of the Future, Jameson's most substantial work since Postmodernism, Or, the Cultural Logic of Late Capitalism, investigates the development of this form since Thomas More, and interrogates the functions of utopian thinking in a post-Communist age. The relationship between utopia and science fiction is explored through the representations of otherness ... alien life and alien worlds ... and a study of the works of Philip K. Dick, Ursula LeGuin, William Gibson, Brian Aldiss, Kim Stanley Robinson and more. Jameson's essential essays, including 'The Desire Called Utopia,' conclude with an examination of the opposing positions on utopia and an assessment of its political value today.