indgår i serie ONE WORLD ARCHAEOLOGY 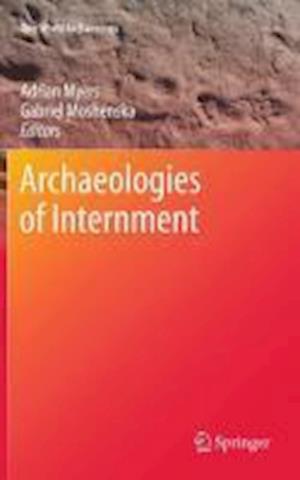 The internment of civilian and military prisoners became an increasingly common feature of conflicts in the twentieth century and into the twenty-first. Prison camps, though often hastily constructed and just as quickly destroyed, have left their marks in the archaeological record. Due to both their temporary nature and their often sensitive political contexts, places of internment present a unique challenge to archaeologists and heritage managers. As archaeologists have begun to explore the material remains of internment using a range of methods, these interdisciplinary studies have demonstrated the potential to connect individual memories and historical debates to the fragmentary material remains. Archaeologies of Internment brings together in one volume a range of methodological and theoretical approaches to this developing field. The contributions are geographically and temporally diverse, ranging from Second World War internment in Europe and the USA to prison islands of the Greek Civil War, South African labor camps, and the secret detention centers of the Argentinean Junta and the East German Stasi. These studies have powerful social, cultural, political, and emotive implications, particularly in societies in which historical narratives of oppression and genocide have themselves been suppressed. By repopulating the historical narratives with individuals and grounding them in the material remains, it is hoped that they might become, at least in some cases, archaeologies of liberation.