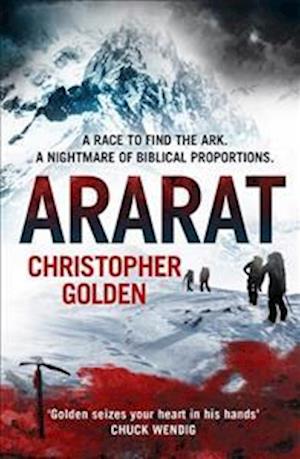 *Winner of the 2017 Bram Stoker Award for Best Novel*New York Times bestselling author Christopher Golden's writing is 'the real deal' (Stephen King) and this heart-pounding supernatural thriller will thrill and fascinate in equal measure. 'Golden puts it all together with tremendous skill and a gleeful relish' - Financial TimesMeryam and Adam take risks for a living. But neither is prepared for what lies in the legendary heights of Mount Ararat, Turkey. First to reach a massive cave revealed by an avalanche, they discover the hole in the mountain's heart is really an ancient ship, buried in time. A relic that some fervently believe is Noah's Ark. Deep in its recesses stands a coffin inscribed with mysterious symbols that no one in their team of scholars, archaeologists and filmmakers can identify. Inside is a twisted, horned cadaver. Outside a storm threatens to break. As terror begins to infiltrate their every thought, is it the raging blizzard that chases them down the mountain - or something far worse?

Forfattere
Bibliotekernes beskrivelse An ancient evil emerges from the abyss on Mount Ararat in this Bram Stoker Award-winning novel.