Aram and the Golden Apple 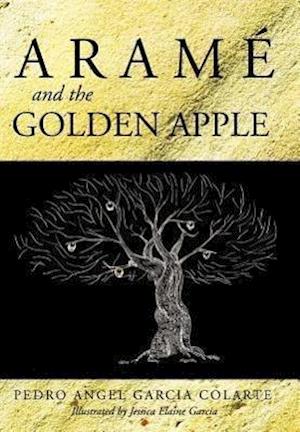 Pedro Angel Garcia Colarte makes his debut as a sage writer exploring the topics of wisdom, virtue and honor in a world where myths, legends and folktales come alive. When a cankerous old man on a park bench tells the story of an old venerable tree and how Aramé the lonely goatherd once saved it from ruin many years ago in antiquity, the reader is transported to the world of the forgotten ancient civilizations that once ruled Eurasia. The story weaves together the mysterious legend of Aratta, the folktale of the Golden Apple Tree, the myth of Osiris, and other timeless tales providing a window to another time where the symbols of our past come alive. Aramé's lowly and humble station in life as a goatherd does not hamper his quick and serendipitous ascendance to the king's court steeped in intrigue and danger. Charged with the task of capturing a mythical creature which only he has seen, Aramé sets out on a journey across distant lands, but not before unexpected obstacles appear. Whether by his own wit, chance or hidden forces beyond his understanding he confronts each challenge and succeeds, only to find that he is no closer to the truth he secretly yearns to discover. He enlists the support of an unlikely band of followers along the way and as news of his exploits spread, his popularity increases and places him at the head of a widespread revolution in the kingdom.