- Poetry, Public Performance, and the Presentation of the Past 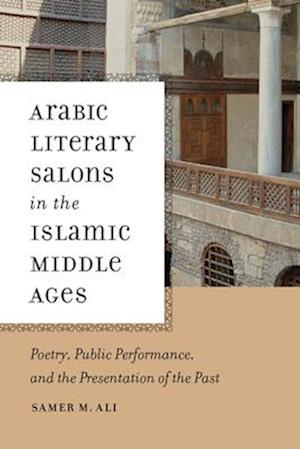 Arabic literary salons emerged in ninth-century Iraq and, by the tenth, were flourishing in Baghdad and other urban centers. In an age before broadcast media and classroom education, salons were the primary source of entertainment and escape for middle- and upper-rank members of society, serving also as a space and means for educating the young. Although salons relied on a culture of oral performance from memory, scholars of Arabic literature have focused almost exclusively on the written dimensions of the tradition. That emphasis, argues Samer Ali, has neglected the interplay of oral and written, as well as of religious and secular knowledge in salon society, and the surprising ways in which these seemingly discrete categories blurred in the lived experience of participants. Looking at the period from 500 to 1250, and using methods from European medieval studies, folklore, and cultural anthropology, Ali interprets Arabic manuscripts in order to answer fundamental questions about literary salons as a social institution. He identifies salons not only as sites for socializing and educating, but as loci for performing literature and oral history; for creating and transmitting cultural identity; and for continually reinterpreting the past. A fascinating recovery of a key element of humanistic culture, Ali's work will encourage a recasting of our understanding of verbal art, cultural memory, and daily life in medieval Arab culture.