Arab Lobby and the US

- Factors for Success and Failure 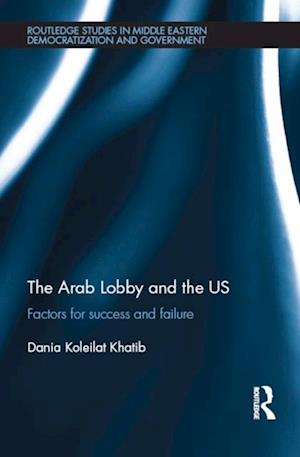 All the components needed to construct an Arab lobby exist; the significant Arab Diaspora in the US, the historic strategic relationship between Arab Gulf States and the US, and the Gulf's economic wealth. However, lobbying is alien to Arab culture and largely absent from its political landscape. To achieve a fair and objective assessment of Arab Gulf lobbying it is necessary to have a thorough understanding of the prevailing Arab Gulf political culture that shapes it. The Arab Lobby and the US provides a timely contribution to this understanding. Studying attempts by Arab Gulf states to effectively lobby the US government, it explores aspects of their lobbying behaviour in order to identify the factors that lead to success and those that lead to failure from their lobbying endeavours. In this respect, the research utilizes two case studies: one in which Arab Gulf state lobbying was successful, and another in which lobbying failed. In tandem with an analysis of the strategies-or lack of them-behind Arab Gulf states' lobbying, the research examines additional relevant factors such as the organization and activism of the US Arab American community, the strategic value of the Arab Gulf to the US, and the negative image of Arabs in America. The book considers the obstacles to the establishment of an effective Arab Gulf lobby in the US in order to reach an informed conclusion that evaluates the prospects of an effective Arab Gulf lobby. As one of the few academic research works on the Arab Lobby, this work will be of value to scholars and policy makers interested in US domestic politics and Arab American activism, as well as students of Middle Eastern Studies, Arab Gulf studies and communication and public relations, among others.