Approximation in the Digital Age for a Humanity Condemned to Disappear 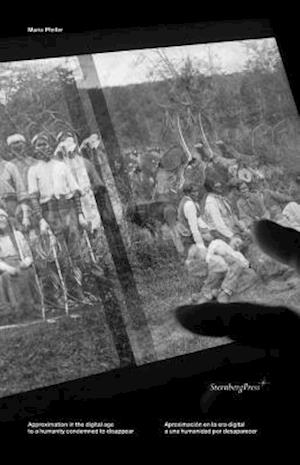 Mario Pfeifer developed his latest project, Approximation in the digital age for a humanity condemned to disappear, in Puerto Williams, the southernmost settlement in the world on the Chilean archipelagos of Patagonia bordering Argentina. The publication, designed by Markus Weisbeck equally as an artist's book and research compendium, engages--through essays, annotated texts, and a conversation between Thomas Seelig and Mario Pfeifer--discourses of cultural production from an anthropological-artistic approach about indigenous representation, territorial politics in the postcolonial age, and the traces of German missionary and anthropologist Martin Gusinde in Chile and beyond. Included is Hugo Palmarola's essay, "Folding Culture," the first in-depth investigation published on the Yag n--a jeep built in cooperation with Citro n in the 1970s--as a socioeconomic and political symbol of Chile's turbulent coup d' tat and relationship to its indigenous population in the far south.

This publication documents Mario Pfeifer's multiple-screen video installation and production process as well as his archival research at the Martin Gusinde Estate at the Anthropos Institut in Sankt Augustin and in the ethnomusicology department of the Museum of Ethnography in Berlin. A special edition LP was released with the bilingual publication on the occasion of Pfeifer's first institutional solo exhibition in Latin America and further presentations in Belo Horizonte, Berlin, Brussels, Concepci n, Newcastle, New York, Seoul, Santiago de Chile, and Winterthur.