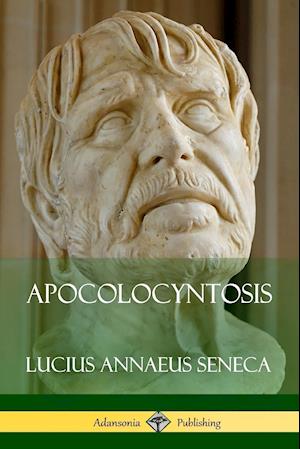 This edition of Seneca's Apocolocyntosis contains the authoritative translation of W.H.D. Rouse, complete with notes. The Apocolocyntosis by Seneca is a satire aimed at the Roman Emperor Claudius. Together with Petronius's Satyricon, it holds the distinction of being the only surviving satire of the Menippean genre of classical antiquity. The title is a play upon words, with the term ""apotheosis"", connoting the process in which dead Roman emperors were recognized as Gods. Intended as a comedy, the play chronicles the death of the Emperor Claudius, and his rise toward the heavens. However, the Gods cast judgment that he should instead descend to Hades - a sentence which Claudius contests, by appealing to the God Hercules. Thereafter begins a drama in the divine court, wherein Claudius deeds are held up and examined by several figures in the Greek Pantheon. Unfortunately, the speeches of each of the Gods sitting at court have been lost to time, though the plot of the Apocolocyntosis survives.