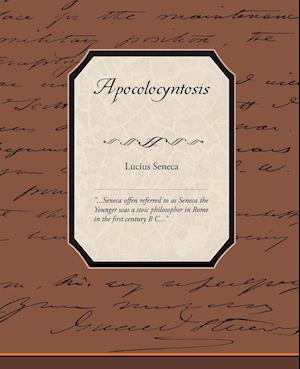 Seneca offen referred to as Seneca the Younger was a stoic philosopher in Rome in the first century B C. Besides being a statesman and dramatist, he was a tutor and advisor to Nero. In 65 A D Seneca was caught in a plot to kill Nero. Although he was probably innocent he was ordered to kill himself by opening his veins. When his old age and poor health made his blood flow too slowly it only caused pain, so Seneca tried poison, which did not work. He then jumped into a hot pool hoping to make his blood run faster. Seneca finally died of suffocation from the hot steam rising from the pool. Apocolocyntosis is a political satire about the emperor Claudius. The Pumpkinification of (the Divine) Claudius is the works alternate title. The title uses the word apotheosis which is the process by which a dead Roman emperor became recognized as a God. The story follows Claudius after his death to his eventual fall into Hades. Apocolocyntosis is a wonderful classis Roman story, which will be enjoyed by anyone interested in that historical period.