- Possibilities for the Struggle Within 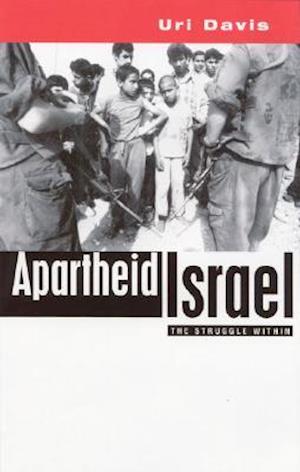 Uri Davis has been at the forefront of the defence of human rights in Israel since the mid-1960s and at the cutting edge of critical research on Israel and the Israeli-Palestinian conflict. In this book, he provides a critical insight into how it was possible for Jewish people, the victims of Nazi genocide in the Second World War, to subject the Palestinian people, beginning with the 1948-49 war, to such criminal policies as mass deportation, population transfers and ethnic cleansing, prolonged military government (with curfews, roadblocks and the like), and economic, social, cultural, civil and political strangulation, punctuated by Apache helicopters strafing civilians and their homes.Since its establishment in 1948 Israel has acted in blatant violation of most UN Security Council and General Assembly resolutions, including amassing weapons of mass destruction in violation of international law. How is it then possible for this country, its apartheid legislation notwithstanding, to still maintain its reputation in the West as the only democracy in the Middle East and effectively to veil the apartheid cruelty it has perpetrated against the Palestinian people? In the course of outlining answers to these questions, Uri Davis traces the departure of the Palestine Liberation Organization (PLO) from its declared political programme; its demise beginning with the Oslo peace process; and the struggle within Israel against Israeli apartheid.

Forfattere
Bibliotekernes beskrivelse A comprehensive analysis of the inherent racism in the legal foundations of the State of Israel that gives a sense of new emerging anti-Zionist currents within Israel/Palestine.