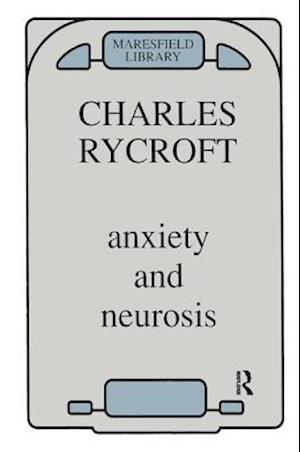 Anxiety may be debilitating or stimulating; it can result in neurotic symptoms or in improved, heightened performance in an actor or athlete. It is something every human being has experienced. As Professor G. M. Carstairs points out in his Foreword: 'During the course of the twentieth century we have found it progressively easier to concede that we are all to often swayed by emotion rather than reason. We have come to recognize the symptoms of neurotically ill patients are only an exaggeration of experiences common to us all, and hence that the unraveling of the psychodynamics of neurosis can teach us more about ourselves'. Although Charles Rycroft is also a psychoanalyst, it is as a biologist that he has made this study of anxiety, the three basic responses to it - attack, flight or submission - and the obsessional, phobic and schizoid and hysterical defenses. Written in precise but everyday language, Anxiety and Neurosis is based on adult experiences rather than the speculative theories of infantile instinctual development. Its clarity and authority can only add to Dr Rycroft's established international reputation.