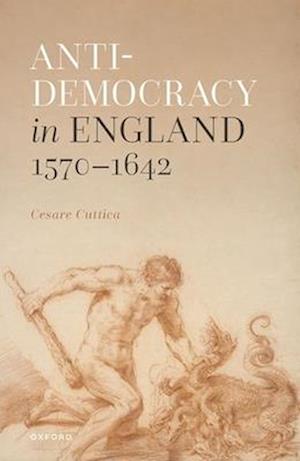 Anti-democracy in England 1570-1642 is a detailed study of anti-democratic ideas in early modern England. By examining the rich variety of debates about democracy that took place between 1570 and 1642, it shows the key importance anti-democratic language held in the late Tudor and early Stuart periods. In particular, it argues that anti-democratic critiques were addressed at 'popular government' as a regime that empowered directly and fully the irrational,uneducated, dangerous commonalty; it explains why and how criticism of democracy was articulated in the contexts here under scrutiny; and it demonstrates that the early modern era is far more relevant to the development of democratic concepts and practices than has hitherto been acknowledged. The study ofanti-democracy is carried out through a close textual analysis of sources often neglected in the history of political thought and by way of a contextual approach to Elizabethan, Jacobean, and Caroline history. Most importantly, the study re-evaluates the role of religion and cultural factors in the history of democracy and of political ideas more generally. The point of departure is at a time when the establishment and Presbyterians were at loggerheads on pivotal politico-ecclesiastical andtheoretical matters; the end coincides with the eruption of the Civil Wars. Cesare Cuttica not only places the unexplored issue of anti-democracy at the centre of historiographical work on early modern England, but also offers a novel analysis of a precious portion of Western political reflection and anideal platform to discuss the legacy of principles that are still fundamental today.