Anthropology, Politics, and the State 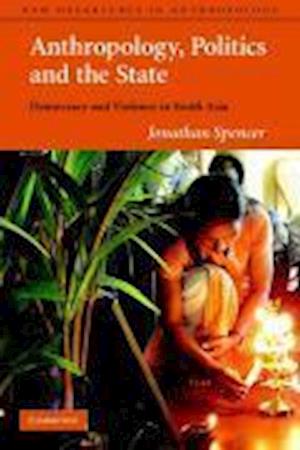 In recent years anthropology has rediscovered its interest in politics. Building on the findings of this research, this book, first published in 2007, analyses the relationship between culture and politics, with special attention to democracy, nationalism, the state and political violence. Beginning with scenes from an unruly early 1980s election campaign in Sri Lanka, it covers issues from rural policing in north India to slum housing in Delhi, presenting arguments about secularism and pluralism, and the ambiguous energies released by electoral democracy across the subcontinent. It ends by discussing feminist peace activists in Sri Lanka, struggling to sustain a window of shared humanity after two decades of war. Bringing together and linking the themes of democracy, identity and conflict, this important new study shows how anthropology can take a central role in understanding other people's politics, especially the issues that seem to have divided the world since 9/11.

Forfattere
Bibliotekernes beskrivelse This book, first published in 2007, analyses the relationship between culture and politics, focusing on democracy, identity and conflict. Spencer shows how anthropology helps us understand other people's politics - especially the issues that divided the world since 9/11. A valuable resource for political anthropology graduates, academics and those interested in politics and violence in Asia. 5 Halftones, unspecified