indgår i serie Routledge Studies in Environmental Communication and Media 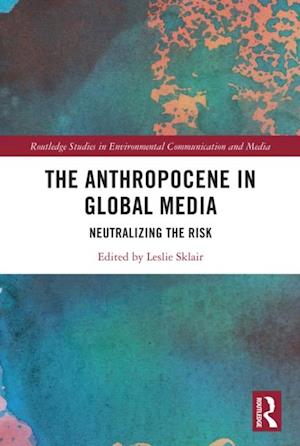 This book offers the first systematic study of how the 'Anthropocene' is reported in mass media globally, drawing parallels between the use (or misuse) of the term and the media's attitude towards the associated issues of climate change and global warming.Identifying the potential dangers of the Anthropocene provides a useful path into a variety of issues that are often ignored, misrepresented, or sidelined by the media. These dangers are widely discussed in the social sciences, environmental humanities, and creative arts, and this book includes chapters on how the contributions of these disciplines are reported by the media. Our results suggest that the natural science and mass media establishments, and the business and political interests which underpin them, tend to lean towards optimistic reassurance (the 'good' Anthropocene), rather than pessimistic alarmist stories, in reporting the Anthropocene. In this volume, contributors explore how dangerous this 'neutralizing' of the Anthropocene is in undermining serious global action in the face of the potential existential risks confronting humanity. The book presents results from media in more than 100 countries in all major languages across the globe. It covers the reporting of key environmental issues, such as the impact of climate change and global warming on oceans, forests, soil, biodiversity, and the biosphere. We offer explanations for differences and similarities in how the media report the Anthropocene in different regions of the world. In doing so, the book argues that, though it is still controversial, the idea of the Anthropocene helps to concentrate minds and behaviour in confronting ongoing ecological (and Coronavirus) crises.The Anthropocene in Global Media will be of interest to students and scholars of environmental studies, media and communication studies, and the environmental humanities, and all those who are concerned about the survival of humans on planet Earth.