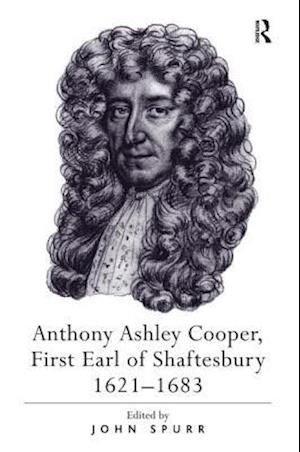 Anthony Ashley Cooper, First Earl of Shaftesbury, was a giant on the English political scene of the later seventeenth century. Despite taking up arms against the king in the Civil War, and his active participation in the republican governments of the 1650s, Shaftesbury managed to retain a leading role in public affairs following the Restoration of Charles II, being raised to the peerage and holding several major offices. Following his dismissal from government in 1673 he then became de facto leader of the opposition faction and champion of the Protestant cause, before finally fleeing the country in 1681 following charges of high treason. In order to understand fully such a complex and controversial figure, this volume draws upon the specialised knowledge of nine leading scholars to investigate Shaftesbury's life and reputation. As well as re-evaluating the well-known episodes in which he was involved - his early republican sympathies, the Cabal, the Popish Plot and the politics of party faction - other less familiar themes are also explored. These include his involvement with the expansion of England's overseas colonies, his relationship with John Locke, his connections with Scotland and Ireland and his high profile public reputation. Each chapter has been especially commissioned to give an insight into a different facet of his career, whilst simultaneously adding to an overall evaluation of the man, his actions and beliefs. As such, this book presents a unique and coherent picture of Shaftesbury that draws upon the very latest interdisciplinary research, and will no doubt stimulate further work on the most intriguing politician of his generation.

Forfattere
Bibliotekernes beskrivelse Anthony Ashley Cooper, first Earl of Shaftesbury, was a giant on the English political scene of the later seventeenth century. This title draws upon the specialised knowledge of ten leading scholars to investigate Shaftesbury's life and reputation.