- Scott, Shackleton, and the Changing Face of Heroism 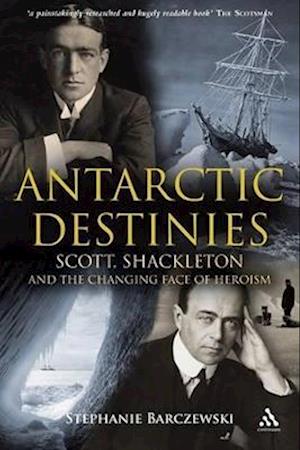 Presenting a study of the Antarctic explorers Robert Falcon Scott and Ernest Shackleton as well as their most heroic expeditions, the author looks in detail at just how and why their individual reputations have evolved over the course of the last century. This book covers the two most famous expeditions of the heroic age of Antarctic exploration, Robert Falcon Scott's Terra Nova expedition of 1910-12 and Ernest Shackleton's Endurance expedition of 1914-16. For decades after his tragic death on the return journey from the South Pole, to which he had been beaten by five weeks by the Norwegian explorer Roald Amundsen, Scott was regarded as a saint-like figure with an unassailable reputation born from his heroic martyrdom in the frozen wastes of the Antarctic.In recent years, however, Scott has attracted some of the most intense criticism any explorer has ever received. Shackleton's reputation, meanwhile, has followed a reverse trajectory. Although his achievements were always appreciated, they were never celebrated with nearly the same degree of adulation that traditionally surrounded Scott.Today, Scott and Shackleton occupy very different places in the polar pantheon of British heroes. Stephanie Barczewski explores the evolution of their reputations and finds it has little to do with new discoveries regarding their lives and characters, but far more to do with broader cultural changes and changes in conceptions of heroism in Britain and the United States.