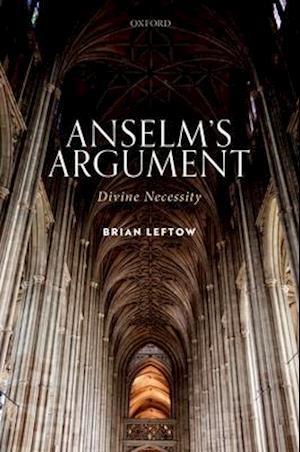 Anselm of Canterbury gave the first modal "ontological" argument for God's existence. Yet, despite its distinct originality, philosophers have mostly avoided the question of what modal concepts the argument uses, and whether Anselm's metaphysics entitles him to use them. Here, Brian Leftow sets out Anselm's modal metaphysics. He argues that Anselm has an "absolute", "broadly logical", or "metaphysical" modal concept, and that his metaphysics provides acceptable truth makers for claims in this modality. He shows that his modal argument is committed (in effect) to the Brouwer system of modal logic, and defends the claim that Brouwer is part of the logic of "absolute" or "metaphysical" modality. He also defends Anselm's premise that God would exist with absolutenecessity against all extant objections, providing new arguments in support of it and ultimately defending all but one premise of Anselm's best argument for God's existence.