Another Little Piece of My Heart

- My Life of Rock and Revolution in the '60s 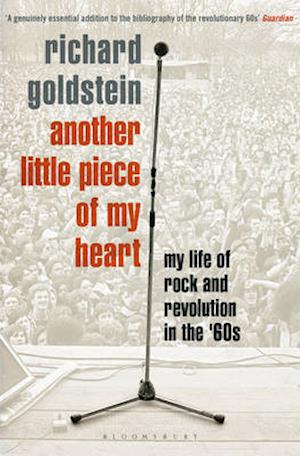 In 1961, Richard Goldstein saw Bob Dylan perform for the first time at Carnegie Hall. Rock music was in its infancy, and revolution was in the air. Criticism of the genre didn't yet exist but, as it began to change music and politics for ever, the serious discussion of rock became a thriving institution. Aged just twenty-two in 1966, and the first rock critic in New York, Goldstein became a pivotal figure in the industry. Forging close relationships with huge names - Jim Morrison, Brian Wilson and Janis Joplin to name just three - his life became a whirlwind of politics, sex and rock and roll. Another Little Piece of My Heart is an unparalleled document of rock and revolution.