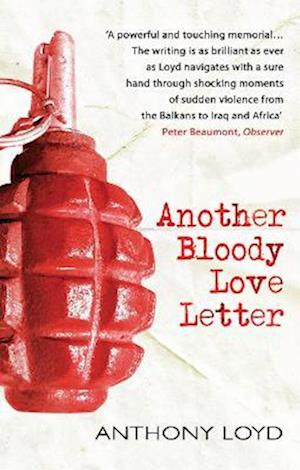 Critically acclaimed writer and award-winning foreign correspondent, Anthony Loyd is also an ex-heroin addict. ANOTHER BLOODY LOVE LETTER exposes the thrilling and brutal reality of life as a war journalist - from the climax of war in Kosovo to tracking ambush commanders in Sierra Leone, confronting the danger and confusion of northern Afghanistan at the start of the 'war on terror', and the harsh realities of life in Iraq during the second Gulf War. But it is also the very human story of a man fighting to beat a heroin addiction and coming to terms with the death of a friend and colleague murdered by the RUF in Sierra Leone, and the death of his mother from a terminal illness at home. ANOTHER BLOODY LOVE LETTER takes the reader into the mind of a man who has chased war and death for more than half his life, and must now find clarity. It is a moving and powerful memoir of love and friendship, betrayal and loss, war and faith.