Anna Komnene and the Alexiad

- The Byzantine Princess and the First Crusade 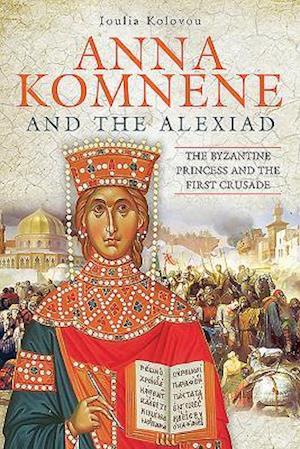 Anna Komnene is one of the most curious ?gures in the history of an intriguing empire. A woman of extraordinary education and intellect, she was the only Byzantine female historian and one of the ?rst and foremost historians in medieval Europe. Yet few people know of her and her extraordinary story. Subsequent historians and scholars have skewed the picture of Anna as an intellectual princess and powerful author. She has been largely viewed as an angry, bitter old woman, who greedily wanted a throne that did not belong to her. Accusations of conspiracy and attempted murder were hurled at her and as punishment for her transgressions' she was to live the last days of her life in exile. It was during her time in a convent, where she was not a nun, that she composed the Alexiad, the history of the First Crusade and the Byzantine Emperor, Alexios I Komnenos (1081-1118), her father.This book aims to present Anna Komnene - the fascinating woman, pioneer intellectual, and charismaticc author - to the general public. Drawing on the latest academic research to reconstruct Anna's life, personality and work, it moves away from the myth of Anna the conspirator and 'power-hungry woman' which has been unfairly built around her over centuries of misrepresentation. It places Anna Komnene in the context of her own time: the ancient Greek colony and medieval Eastern Roman empire, known as Byzantium, with the magni?cent city of Constantinople at its heart. At the forefront of an epic clash between East and West, this was a world renowned for its dazzling wealth, mystery and power games. It was also known for a vigorous intellectual renaissance centuries before its western counterpart. This was a world with Anna Komnene directly at the centre.