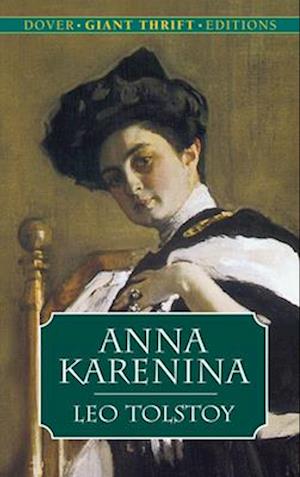 A beautiful society wife from St. Petersburg, determined to live life on her own terms, sacrifices everything to follow her conviction that love is stronger than duty. A socially inept but warmhearted landowner pursues his own visions instead of conforming to conventional views. The adulteress and the philosopher head the vibrant cast of characters in Anna Karenina, Tolstoy's tumultuous tale of passion and self-discovery.

This novel marks a turning point in the author's career, the juncture at which he turned from fiction toward faith. Set against a backdrop of the historic social changes that swept Russia during the late nineteenth century, it reflects Tolstoy's own personal and psychological transformation. Two worlds collide in the course of this epochal story: that of the old-time aristocrats, who struggle to uphold their traditions of serfdom and authoritarian government, and that of the Westernizing liberals, who promote technology, rationalism, and democracy. This cultural clash unfolds in a compelling, emotional drama of seduction, betrayal, and redemption.

Forfattere
Bibliotekernes beskrivelse The tragic story of a married woman's ill-fated affair and its catastrophic consequences, this panoramic novel uses the emotional journey of Anna to map out the full range of human experience.