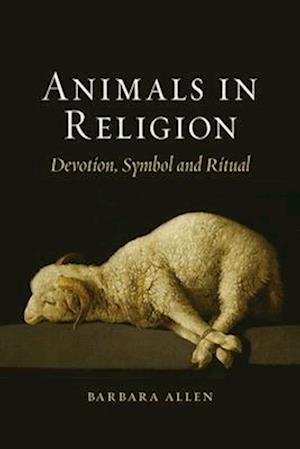 Animals in Religion explores the role and presence of animals within a wide range of religious traditions, from ensouled narratives within oral tradition to religious texts, myths and accompanying legends. Some of the material may have a familiar ring, such as the stories of St Francis of Assisi and Ganesha, but other, unusual facts also make an appearance. This book offers a deeper respect for our four-legged, finned and feathered brethren. From the principle of ahimsa (non-violence) in Jainism, Buddhism and Hinduism, to the laws which relate to ts'ar ba'alei chayim (avoiding the suffering/pain of living creatures) in Judaism, we encounter the interdependence of life. The Jainist notion of 'reverence for life', the pronouncement in Genesis that 'it was good' and the Islamic belief that all species are Muslim allow us to come to a realization, or a deeper appreciation, that non-human animals have value in our religious traditions, as well as in our hearts and homes. The book examines animals not only in all the major monotheistic religions but in the beliefs of the Egyptian, Mesoamerican and Indigenous peoples of North America and Australasia as well as of the Vikings and Druids.

Forfattere
Bibliotekernes beskrivelse A major, highly illustrated account of the role and representation of animals in religions throughout history and around the world. 80 black and white illustrations