- American Masculinity at the End of an Era 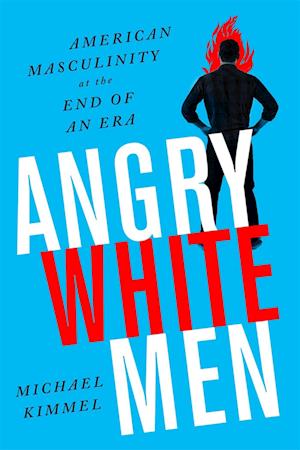 We hear them on talk radio airwaves bellowing about minorities. We watch them organize anti-immigration demonstrations on the border. We read their opinions regarding the demise of white male privilege. And sometimes, tragically, we witness their aggression through vigilante violence, as in the cases of Wade Michael Page, James Eagan Holmes, Elliot Rodger, George Zimmerman, and many more. They are America's angry white men, including "men's rights" activists who think white men are the victims of discrimination, as well as members of the "white wing" of the rightward fringes of the American political spectrum. Why are they so angry?Sociologist Michael Kimmel, one of the leading writers on men and masculinity in the world today, has spent hundreds of hours in the company of America's angry white men in pursuit of an answer. Raised to expect unparalleled social and economic privilege, white men are suffering today from what Kimmel calls "aggrieved entitlement": a sense that those benefits that white men believed were their due have been snatched away from them. In Angry White Men, Kimmel presents a comprehensive diagnosis of their fears, anxieties, and rage.

Forfattere
Bibliotekernes beskrivelse America's leading expert on men and masculinity explains why, with the demographics of the nation rapidly changing and the levers of political power ostensibly slipping from their hands, white men are angrier than ever before in our recent history.