Anglo-Saxonism and the Idea of Englishness in Eighteenth-Century Britain 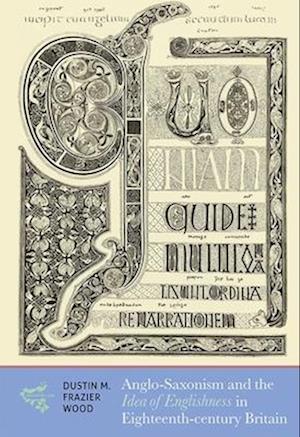 "A valuable addition to both our understanding of Anglo-Saxonism, and of eighteenth-century culture. Eloquently written, the book will be the key reference for any future understanding of the way in which eighteenth-century culture received the Anglo-Saxon period." David Matthews, Professor of Medieval and Medievalism Studies, University of Manchester.

Long before they appeared in the pages of Ivanhoe and nineteenth-century Old English scholarship, the Anglo-Saxons had become commonplace in Georgian Britain. The eighteenth century - closely associated with Neoclassicism and the Gothic and Celtic revivals - also witnessed the emergence of intertwined scholarly and popular Anglo-Saxonisms that helped to define what it meant to be English.

This book explores scholarly Anglo-Saxon studies and imaginative Anglo-Saxonism during a century not normally associated with either. Early in the century, scholars and politicians devised a rhetoric of Anglo-Saxon inheritance in response to the Hanoverian succession, and participants in Britain's burgeoning antiquarian culture adopted simultaneously affective and scientific approaches to Anglo-Saxon remains. Patriotism, imagination and scholarship informed the writing of Enlightenment histories that presented England, its counties and its towns as Anglo-Saxon landscapes. Those same histories encouraged English readers to imagine themselves as the descendants of Anglo-Saxon ancestors - as did history paintings, book illustrations, poetry and drama that brought the Anglo-Saxon past to life. Drawing together these strands of scholarly and popular medievalism, this book identifies Anglo-Saxonism as a multifaceted, celebratory and inclusive idea of Englishness at work in eighteenth-century Britain.

DUSTIN M. FRAZIER WOOD is a Lecturer in English at the University of Roehampton.

Forfattere
Bibliotekernes beskrivelse The importance of the Anglo-Saxon past to England in the eighteenth century, politically and culturally, is here brought out.