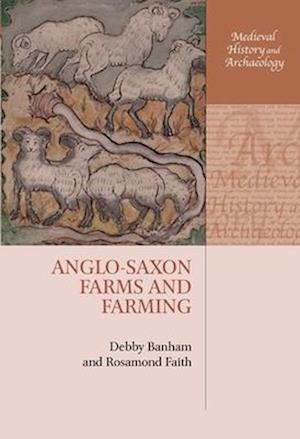 Farming was the basis of the wealth that made England worth invading, twice, in the eleventh century, while trade and manufacturing were insignificant by modern standards. In Anglo-Saxon Farms and Farming, the authors employ a wide range of evidence to investigate how Anglo-Saxon farmers produced the food and other agricultural products that sustained English economy, society, and culture before the Norman Conquest. The first part of the volume draws on written and pictorial sources, archaeology, place-names, and the history of the English language to discover what crops and livestock people raised, and what tools and techniques were used to produce them. In part two, using a series of landscape studies - place-names, maps, and the landscape itself, the authors explore how these techniques might have been combined into working agricultural regimes in different parts of the country. A picture emerges of anagriculture that changed from an essentially prehistoric state in the sub-Roman period to what was recognisably the beginning of a tradition that only ended with the Second World War. Anglo-Saxon farming was not only sustainable, but infinitely adaptable to different soils and geology, and to aclimate changing as unpredictably as it is today.

Forfattere
Bibliotekernes beskrivelse Studies farming in England before the Norman Conquest, in a period before trade was an important way of making a living, exploring what tools and methods were used in Anglo-Saxon farming, what kind of livestock was kept, and what crops were grown. 64 black and white in-text image & a colour-plate section