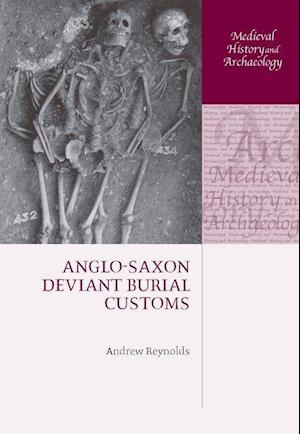 President Bill Clinton led one of the most influential and consequential White House tenures in recent memory. However, because of the office's traditional climate of confidentiality, many details of his behind-the-scenes activities have remained absent from the written record. How did the administration manage the horrific conflicts in Haiti, Somalia, and the Balkans that came to a head shortly after the President took the oath? What motivated the President to placeFirst Lady Hillary Clinton at the helm of the ill-fated Health Security Act of 1993? And how did the President's closest confidantes and aides respond to the outbreak of the devastating scandal that nearly ended his presidency? Inside the Clinton White House offers an intimate perspective on these questions and many more, granting readers unprecedented access to the sensitive Oval Office banter that changed the course of history. Bringing together material from 400 hours of candid conversations with over sixty individuals, respected oral historian Russell L. Riley weaves this illuminating testimony with important contextual information to form an irresistible narrative, taking the reader from Clinton's firstpotential White House bid in 1988 to the final days of his remarkable and controversial career. Extended sections of the book are devoted to important domestic and foreign policy campaigns, the complicated politics of the President's two terms and impeachment, and portraits of important personalities in theadministration, including Vice President Al Gore and First Lady Hillary Rodham Clinton. These forthright and often surprising accounts add a layer of nuance to an iconic figure in America's recent history, as told in the words of the people who knew him best.Impact of Addictive Substances and Behaviours on Individual and Societal Well-being outlines an innovative and fascinating new framework for understanding the harm that addictive substances and behaviours can cause. Taking a holistic approach and with well-being as a central tenet, it demonstrates how using different methods can lead to a more just and evidence-based approach to dealing with addictions.Presenting the latest and most comprehensive research, the expert team of authors examines the harm caused by addictive substances and behaviour, factors that contribute to addictions, and current European approaches to governing addictive substances and behaviours. It is both legal and illegal drugs, and behaviour that cause harm. For the world as a whole, cigarettes were the second largest cause of ill health and early death in 2010, alcohol the fifth, and illegal drugs the eighteenth.Regular and sustained heavy engagement in addictive substances and behaviour also impacts on quality of life and material living conditions. The well-being framework outlined here for understanding this impact places particular emphasis on the reciprocal relationship between well-being and drug use:well-being can be a driver of the heavy use of addictive substances and behaviours, and also compounds the harm done. Furthermore, the response of society can increase the harm caused by drug use, and stigma, social exclusion, and the actions of the criminal justice system can impair individual and societal well-being considerably.Impact of Addictive Substances and Behaviours on Individual and Societal Well-being is based on the research from ALICE RAP, a multidisciplinary European study of addictive substances and behaviours in contemporary society. A timely addition to the field, this book is essential reading for those wanting to make a real impact in the field of addiction prevention policy, including public managers, practitioners, public health professionals, and stakeholders influencing policy foraddictive substances and behaviours, as well as academics.Anglo-Saxon Deviant Burial Customs is the first detailed consideration of the ways in which Anglo-Saxon society dealt with social outcasts. Beginning with the period following Roman rule and ending in the century following the Norman Conquest, it surveys a period of fundamental social change, which included the conversion to Christianity, the emergence of the late Saxon state, and the development of the landscape of the Domesday Book. While an impressive body of written evidence for the period survives in the form of charters and law-codes, archaeology is uniquely placed to investigate the earliest period of post-Roman society, the fifth to seventh centuries, for which documents are lacking. For later centuries, archaeological evidence can provide us with an independent assessment of the realities of capital punishment and the status of outcasts. Andrew Reynolds argues that outcast burials show a clear pattern of development in this period. In the pre-Christian centuries, 'deviant' burial remains are found only in community cemeteries, but the growth of kingship and the consolidation of territories during the seventh century witnessed the emergence of capital punishment and places of execution in the English landscape. Locally determined rites, such as crossroads burial, now existed alongside more formal execution cemeteries. Gallowswere located on major boundaries, often next to highways, always in highly visible places.The findings of this pioneering national study thus have important consequences on our understanding of Anglo-Saxon society. Overall, Reynolds concludes, organized judicial behaviour was a feature of the earliest Anglo-Saxon kingdoms, rather than just the two centuries prior to the Norman Conquest.

Forfattere
Bibliotekernes beskrivelse Inside the Clinton White House uses never-before-seen interviews with Bill Clinton's administration and colleagues to provide a nuanced look at politics and life during the 42nd presidency.Analyses the impact of addictive drugs (alcohol, nicotine and illegal drugs) and behaviours (gambling) on the health and wellbeing of individuals and societies based on the latest research and within an innovative new conceptual frameworkAndrew Reynolds provides the first detailed consideration of how Anglo-Sa 20 b/w halftones, 50 line drawings