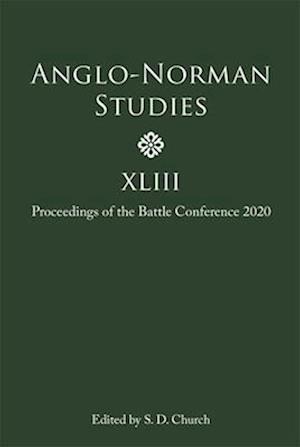 The articles brought together here demonstrate the exciting vitality of this field. The volume begins with a keynote chapter on the failure of marriages among Christians and Muslims in crusader diplomacy, a theme which is more broadly continued with a study of the royal city of Palermo. Other chapters consider the ceremony of knighting and the coronation ritual of Matilda of Flanders. There are also investigations of hunting landscapes in Cheshire, and Lancashire before Lancashire in the context of the Irish Sea World, while lordship is examined in two contexts, in post-Conquest England and early thirteenth-century Le Mans and Chartres. The sources for our knowledge of the period, as always, receive attention, whether drawn from documentary evidence or material culture, with essays on universal chronicle-writing and the construction of the Galfridian past in the Continuatio Ursicampina; the coinage of Harold II; and the patronage of the Bayeux Tapestry by Odo of Bayeux. S.D. CHURCH is Professor of Medieval History at the University of East Anglia. Contributors include: Martin Aurell, Rick Barton, Hannah Boston, Laura Gathagan, Charles Insley, Theresa Jackh, Max Lieberman, Christopher Norton, Gabriele Passabi, Rachel Swallow, Gareth Williams