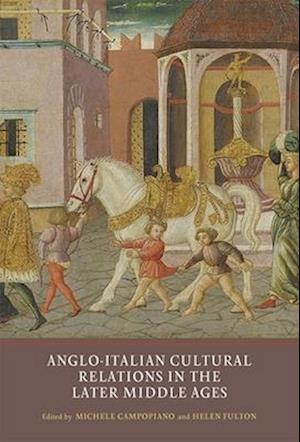 Between the fourteenth and sixteenth centuries, the rise of international trade, the growth of towns and cities, and the politics of diplomacy all helped to foster productive and far-reaching connections and cultural interactions between Britain and Italy; equally, the flourishing of Italian humanism from the late fourteenth century onwards had a major impact on intellectual life in Britain. The aim of this book is to illustrate the continuity and the variety of these exchanges during the period. Each chapter focuses on a specific area (book collection, historiography, banking, commerce, literary production), highlighting the significance of the productive interchange of people and ideas across diverse cultural communities; it is the lived experience of individuals, substantiated by written evidence, that shapes the book's collective understanding of how two European cultures interacted with each other so fruitfully. Michele Campopiano is Senior Lecturer in Medieval Latin Literature at the University of York; Helen Fulton is Professor of Medieval Literature at the University of Bristol. Contributors: Helen Bradley, Margaret Bridges, Michele Campopiano, Carolyn Collette, Victoria Flood, Helen Fulton, Bart Lambert, Ignazio del Punta