Anglo-American Imperialism and the Pacific 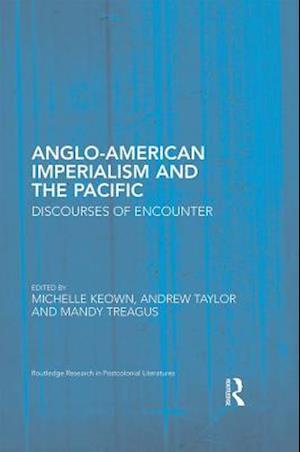 This interdisciplinary collection explores the confluence of American and British (neo)imperalism in the Pacific, as represented in various forms of Pacific discourse including literature, ethnography, film, painting, autobiography, journalism, and environmental discourse. It investigates the alliances and rivalries between these two colonial powers during the crucial transition period of the early-to-mid twentieth century, also exploring indigenous Pacific responses to Anglo-American imperialism during and beyond the decolonization period of the late twentieth century. While the relationship between Britain and the US has been analyzed through prominent forms of economic and cultural exchange between Europe, Africa, and the Americas, there is to date no sustained study of the relationship between British and US colonial expansion into the Pacific, which became central to ideas of developing 'European' modernity in the late eighteenth century and has played a pivotal in the history of Anglo-American colonialism, from the establishment of plantation economies and settler colonies in the nineteenth century to various forms of military imperialism during and beyond the twentieth century. The wide range of discursive and expressive modes explored in this collection makes for a rich and multifaceted analysis of representations of, and responses to, Anglo-American imperialism, and is in keeping with the current interdisciplinary turn in postcolonial studies.