And When the Arguing's Over...: Contemporary Plays 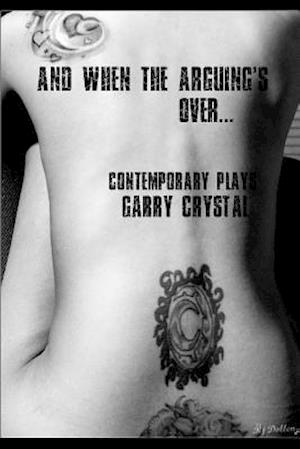 And When the Arguing's Over...where will you be and what will you have achieved?

We all argue, but conflicts aren't always what they appear to be. Sometimes a little perception is needed to read between the lines to discover the truth.

Six one-act plays covering themes such as following the herd and selling out at work. The desire to be noticed, fiction versus non-fiction, fact versus memory and the comforting lies we tell each other and ourselves to make life a little easier. And hope - because without hope, even misguided hope, what would be the point in arguing?

Hecklers - A comedian is heckled on stage during a comedy festival leading to a debate on originality in art versus following the herd to obtain recognition.

Appraising - A depressed employee attends a work appraisal where a character defining question is asked - would you remain in hell if the devil paid you enough?

The Elephant Frowned - A journalist interviews a film director and breaks through an idealized personality to uncover truth, lies and manipulation. But what is reality and what is fiction when both have an agenda?

Happily...ever... - One person wants to marry, the other doesn't. Does love actually exist when the marriage contract becomes a deal-breaker?

Algeciras - The morning after. After spending the night together, two strangers try to convince each other that further contact is and isn't required.

The Seawall - A short meeting between two people, but what is this rendezvous actually about?

"In "Appraising", the setting is a job interview. As you read on, you're not quite clear exactly who these characters are. From the dialogue alone, you assume one character is a man, the other is a woman, but you aren't sure which is which, and the realization creeps up on you, little by little, and just when you're finally trying to come to grips with your own assumptions about gender, he deftly pulls the rug out from under you and offers another beautiful twist.

"In "Algeciras", keeping with the theme of this collection, a young couple argue and you feel like you're eavesdropping on an intimate moment in their relationship. The most interesting thing about this story to me is the fact that while it's composed strictly of dialogue, you can see the setting: I imagine it being in the bedroom, sheets in disarray, each holding their own on their side of the bed, the imaginary barrier between them as they each try to make their point but to no avail. Anyone who's been in a relationship will no doubt relate to this story but it's the power of the language that virtually dictates the visuals that impressed me the most; and the great thing about such a story is that it will always be different for those who read it, most likely relating their own experience into the piece." - Julian Gallo, author of Breathe