And the Band Played On

- Politics, People, and the AIDS Epidemic 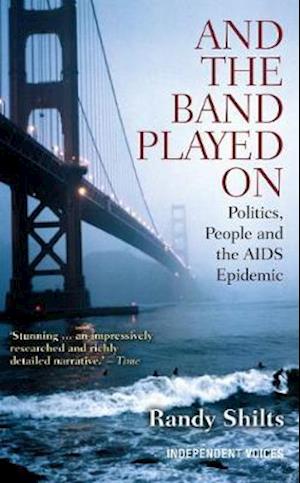 Extensively researched (Shilts interviewed over 1,000 people), weaving together personal stories with political and social reporting And the Band Played On is a masterpiece of investigative reporting (comparable to Truman Capote's In Cold Blood) and it led to Shilts being described as "the pre-eminent chronicler of gay life" ('The New York Times').And the Band Played On was awarded the Stonewall Book Award, it became an international bestseller (translated into 7 languages) and was made into a major movie in 1993 starring Richard Gere and Ian McKellen. Randy Shilts exposed why AIDS was allowed to spread while the medical and political authorities ignored (and even denied) the threat. And the Band Played On is one of the great works of contemporary journalism, and provides the foundation for the continuing debate about the greatest medical epidemic faced in our time.

Forfattere
Bibliotekernes beskrivelse With a new introduction by "Rolling Stone" national reporter and bestselling author William Greider, this modern masterpiece remains as compelling, heartbreaking, enraging, and critically important as ever.