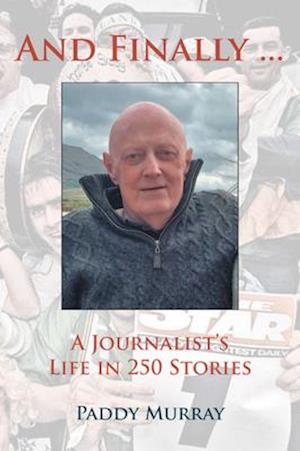 By any account Paddy Murray has had a remarkable life. From meeting entertainment and sports celebrities like John Wayne, Pele, Madonna, Eric Clapton, Richard Harris, Elton John, George Harrison, Eric Cantona and Eddie Irvine, to reporting on Ireland's heroic loss in the World Cup at Italia '90, to writing about Irish political scandals, tragedies, heinous crimes and much more over 40 years in the Evening Herald, Irish Daily Star, Sunday World and The Sunday Tribune, Paddy has seen it all.Along the way, Paddy managed to write gags for the Two Ronnies, performed comedy in front of a live audience, erected a plaque commemorating The Beatles' only Irish performance at the Adelphi Cinema in Dublin, battled with Lymphoma for over 20 years and became a father at 50+.Looking back on a colourful life while now struggling with more health challenges - Stage 4 COPD - Paddy is adamant that the highs far outweigh the lows, that his marriage to Connie and the love of his daughter Charlotte make every painful treatment worthwhile. So come along on an entertaining journey recalling one journalist's extraordinary life in 250 stories!