- From the earliest times down to 476 AD 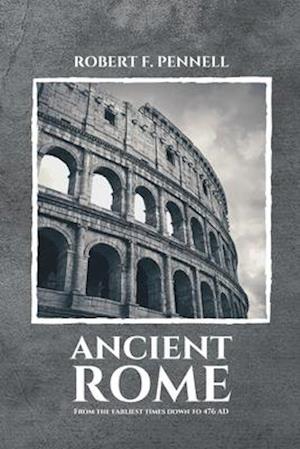 "Rome has grown since its humble beginnings that it is now overwhelmed by its own greatness." -Titus Livius (59 BC - 17 AD)The term Ancient Rome refers to the city of Rome, which was located in central Italy; and also to the empire it came to rule, which covered the entire Mediterranean basin and much of Western Europe. This book is a detailed treatise on Roman history from the earliest times down to 476 AD. Highly detailed, this book constitutes a veritable small encyclopaedia and it includes a chronology. Whether a child with a voracious appetite for "all things Roman", or an adult interested in binge-boning up on Roman history, this book is a perfect start.The ancient Romans left a treasure trove of ideas to the modern world. This legacy included many concepts that are still very important even today. Systems of laws and government, architecture, literature, and language are just a few key concepts brought to us by none other than the Ancient Romans.Large print edition.