Ancient Rhetoric and the Style of Paul's Letters 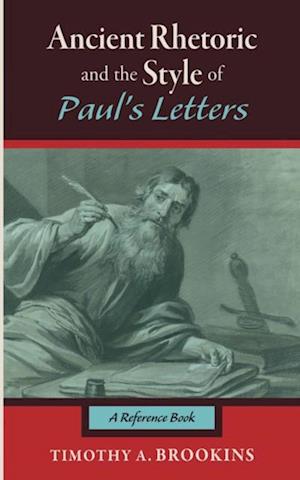 Previous scholarship that has examined Paul's letters in light of Greco-Roman rhetoric has focused predominantly on their argumentative strategies (inventio) and overall arrangement (dispositio). In this book Brookins turns attention to the heretofore underexplored area of style (elocutio). With complete coverage of ten of the thirteen letters in the Pauline corpus, the book evaluates these letters according to the standards of the major stylistic virtues taught in rhetorical theory: correctness, clarity, and ornament. Treating ornament most extensively, the book includes a full inventory of tropes, figures of speech, and figures of thought contained in these letters. This work results in a synopsis of stylistic tendencies that not only illustrates differences in letter type within the Pauline corpus but also enables a fresh means of comparing style in the disputed and undisputed letters. This analysis also furnishes new evidence for consideration in the debate about the extent of Paul's rhetorical education. Finally, it helps illuminate the process of exegesis and thus the meaning of the text itself.