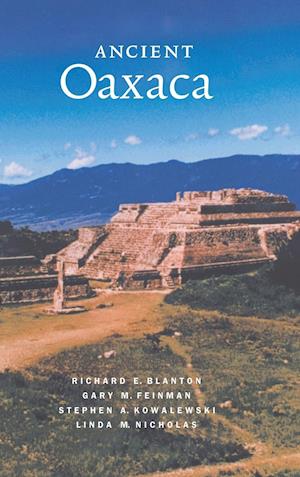 This book investigates the emergence of social complexity and state formation in a New World region. Around 500 BC, the Valley of Oaxaca, in present-day Mexico, was the site of one of the earliest Native American states, when a new regional capital was established at Monte Alban. Today one of Mexico's most famous and spectacular archaeological sites, Monte Alban signalled an important series of changes in regional political structure in the direction of greater political complexity and integration within a larger domain. The four authors of this introductory text have over the years produced much of the most important primary information we have about developing complex societies in this region. Drawing on the abundance of excavated remains and a survey of regional archaeological settlement patterns, they provide a succinct account of the causes and consequences of political change in the region.

Forfattere
Bibliotekernes beskrivelse Just after 500 BC, one of the earliest states in the New World developed in the Valley of Oaxaca. The newly created political institution profoundly transformed the society and its technology. This book investigates the archaeology of the region, throwing light on the causes and consequences of these changes. 2 Tables, unspecified; 20 Maps; 4 Halftones, unspecified