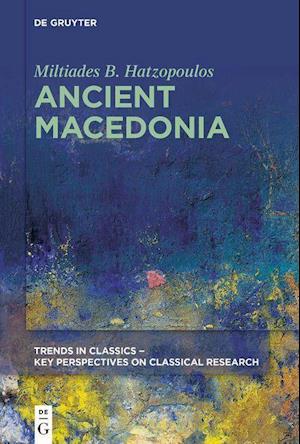 Nearly two centuries have passed since K. O. Müller published the first "scientific" study "on the habitat, the origin and the early history of the Macedonian people". An ever growing number of publications appearing each year has rendered urgent a critical appraisal of this exuberant production, the more so that many aspects of ancient Macedonia remain controversial, if not problematic. Yet after seventy years of large-scale systematic excavations the activity of Greek archaeologists, as well as the labour of scholars from all over the world, have revealed a heretofore terra incognita and given a consistency to the people that Alexander led to the end of the known world. Now more than ever before we can tackle the "main problems" that have been contested without conclusion: Where exactly was Macedonia? Which were its limits? Where did the Macedonians come from? What language did they speak? What cults did they practice? Did they believe in an afterlife? What political and social institutions did they have? What was Alexander's role in his father's death? What were his aims? To what extent can we trust ancient historians? Alexander failed to provide a stable successor to the Achaemenid multiethnic empire, and the sands of Egypt have effaced even the traces of his last abode, yet if he returned to life, he could still boast in the words of Cavafy, a modern Alexandrian in every sense, "a new Hellenic world, a great one, came to be ... with the extended dominions, with the various attempts at judicious adaptations. And the Greek koine language all the way to outer Bactria we carried it, to the peoples of India".