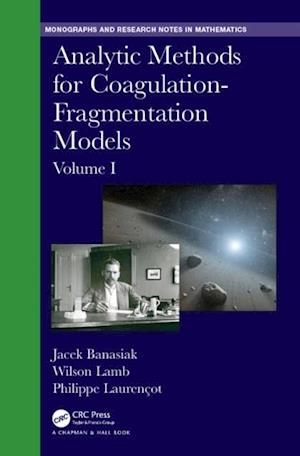 Analytic Methods for Coagulation-Fragmentation Models is a two-volume set that provides a comprehensive exposition of the mathematical analysis of coagulation-fragmentation models. Initially, an in-depth survey of coagulation-fragmentation processes is presented, together with an account of relevant early results obtained on the associated model equations. These provide motivation for the subsequent detailed treatment of more up-to-date investigations which have led to significant theoretical developments on topics such as solvability and the long-term behaviour of solutions. To make the account as self-contained as possible, the mathematical tools that feature prominently in these modern treatments are introduced at appropriate places. The main theme of Volume I is the analysis of linear fragmentation models, with Volume II devoted to processes that involve the nonlinear contribution of coagulation.Features of Volume I:The main models of the theory together with their derivations and early methods of solutionA detailed presentation of the operator theoretical methods and semigroup theory that play an essential role in the theory of fragmentation processesA comprehensive theory of fragmentation processes, including fragmentation with growth and decay in both the discrete and continuous particle size casesAn analytical explanation of the `pathologies' of the fragmentation equation, such as the shattering phase transition and non-uniqueness of solutionsAn analysis of the long-term dynamics of the discrete size fragmentation equation with growth