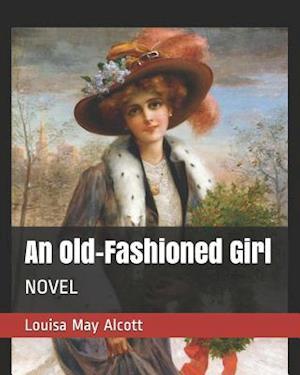 An Old-Fashioned Girl is a novel by Louisa May Alcott.It was first serialised in the Merry's Museum magazine between July and August in 1869 and consisted of only six chapters. For the finished product, however, Alcott continued the story from the chapter "Six Years Afterwards" and so it ended up with nineteen chapters in all. The book revolves around Polly Milton, the old-fashioned girl who titles the story. Polly visits her wealthy friend Fanny Shaw in the city and is overwhelmed by the fashionable and urban life they live--but also left out because of her "countrified" manners and outdated clothes.The novel was the basis of a 1949 musical film starring Gloria Jean as Polly.Polly Milton, a 14-year-old country girl, visits her friend Fanny Shaw and her wealthy family in the city for the first time. Poor Polly is overwhelmed by the splendor at the Shaws' and their urbanized, fashionable lifestyles, expensive clothes and other habits she has never been exposed to, and, for the most part, dislikes. Fanny's friends ignore her because of her different behavior and simple clothing, Fanny's brother Tom teases her, and Fan herself can't help considering her unusual sometimes. However, Polly's warmth, support and kindness eventually win the hearts of all the family members, and her old-fashioned ways teach them a lesson.