indgår i serie SERIES ON ADVANCES IN STATISTICAL MECHANICS 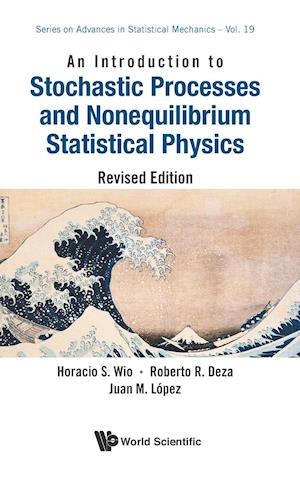 This book aims to provide a compact and unified introduction to the most important aspects in the physics of non-equilibrium systems. It first introduces stochastic processes and some modern tools and concepts that have proved their usefulness to deal with non-equilibrium systems from a purely probabilistic angle. The aim is to show the important role played by fluctuations in far-from-equilibrium situations, where noise can promote order and organization, switching among non-equilibrium states, etc. The second part adopts a more historical perspective, retracing the first steps taken from the purely thermodynamic as well as from the kinetic points of view to depart (albeit slightly) from equilibrium. The third part revisits the path outlined in the first one, but now undertakes the mesoscopic description of extended systems, where new phenomena (patterns, long-range correlations, scaling far from equilibrium, etc.) are observed.This book is a revised and extended version of an earlier edition published in 1994. It includes topics of current research interest in far-from-equilibrium situations like noise-induced phenomena and free energy-like functionals, surface growth and roughening, etc. It can be used as an advanced textbook by graduate students in physics. It also covers topics of current interest in other disciplines and interdisciplinary approaches in engineering, biophysics, and economics, among others. The level of detail in the book is enough to capture the interest of the reader and facilitate the path to more learning by exploring the modern research literature provided. At the same time, the book is also complete enough to be self-contained for those readers who just need an overview of the subject.

Forfattere
Bibliotekernes beskrivelse Provides an introduction to the most important aspects in the physics of non-equilibrium systems. This title introduces stochastic processes and some modern tools and concepts that have proved their usefulness to deal with non-equilibrium systems from a probabilistic angle.