An Introduction to Knot Theory 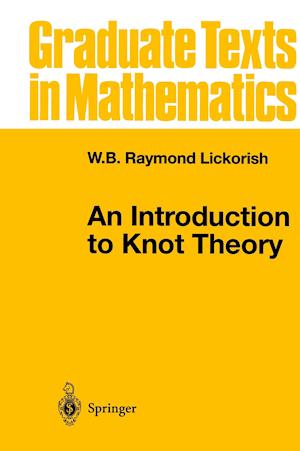 A selection of topics which graduate students have found to be a successful introduction to the field, employing three distinct techniques: geometric topology manoeuvres, combinatorics, and algebraic topology. Each topic is developed until significant results are achieved and each chapter ends with exercises and brief accounts of the latest research. What may reasonably be referred to as knot theory has expanded enormously over the last decade and, while the author describes important discoveries throughout the twentieth century, the latest discoveries such as quantum invariants of 3-manifolds as well as generalisations and applications of the Jones polynomial are also included, presented in an easily intelligible style. Readers are assumed to have knowledge of the basic ideas of the fundamental group and simple homology theory, although explanations throughout the text are numerous and well-done. Written by an internationally known expert in the field, this will appeal to graduate students, mathematicians and physicists with a mathematical background wishing to gain new insights in this area.