An Introduction to International Relations and Religion 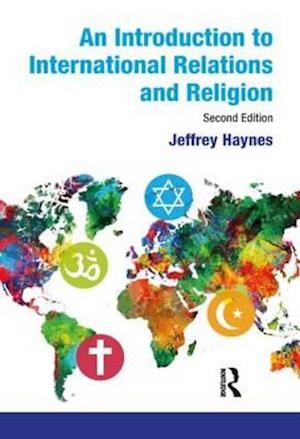 Not so very long ago it seemed reasonable to assert that the influence of religion on global politics was on the wane. As the Western world became increasingly secular and the process of globalisation deepened, it seemed inevitable - on the surface at least - that the voice of religion was to be heard softly if it was to be heard at all.This has now changed, and changed perhaps irrevocably. As Jeff Haynes argues in this thought-provoking and important new book, various religious 'actors' are now significantly involved in international relations and have become a crucial influence on policy in a post-Westphalian world. International Relations and Religion guides the reader through the complex issues at the heart of this topic with clarity and insight. This updated second edition starts with a close reading of the many theoretical and analytical concepts - notably Huntington and the clash of civilisations - that have grown up around this area and then concludes with a summary of the issues under discussion and attempts to put into context what it means to live in a world that is increasingly shaped by a whole host of diverse religious groups. Essential reading for students of International Relations and Politics.