An Introduction to British Arthurian Narrative 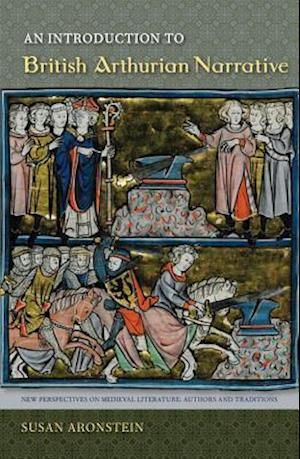 "Whether discussing how the figure of Arthur was appropriated by Welsh lords to justify acts of rebellions or by English kings to support a centralized monarchy, Aronstein subtly and intelligently recognizes complex interrelationships between history and art."--Martin Shichtman, Eastern Michigan University "A must-have for all those interested in King Arthur--from the amateur enthusiast to the established scholar."--Dorsey Armstrong, Purdue University The legends of King Arthur and the Knights of the Round Table permeate our culture: we find them in novels, movie parodies, and even the American government. Yet beneath and before it all lies a deep literary tradition that has influenced history, art, and culture over the centuries. Examining the legend at its very source, An Introduction to British Arthurian Narrative covers over 400 years and discusses a broad range of romances, histories, and parodies written about King Arthur in Britain during the medieval period. The modern Anglo-American version of the Arthurian tale stems from Sir Thomas Malory's fifteenth-century compendium Le Morte D'Arthur, which was written at the end of the tale's first period of widespread popularity, which began in the early twelfth century. Susan Aronstein demonstrates that, as Arthur's transformation from a "leader of battles" in early histories, to a powerful chieftain in Welsh tales, and, finally, into England's "once and future king," at every point, these tales reflected the ongoing contest for sovereignty over the island of Britain--and the very definition of "British." Susan Aronstein, professor of English at the University of Wyoming, is the author of Hollywood Knights: Arthurian Cinema and the Politics of Nostalgia as well as numerous articles on medieval and modern Arthurian narratives.