An Historical Geography of Peiping 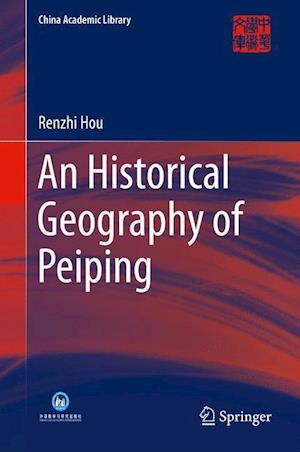 This book is about the city of Peiping in China, also known as Beijing and Peking, and a city of great historical significance. Divided into three parts, this work explores Peiping first as a frontier city at a time when the Great Wall was established, from the Chou dynasty (ca.1122-220 B.C.) until the T'ang Dynasties up to the Khitan Occupation (A.D. 590-937). The second part explores Peiping as it becomes a national centre, through the Liao Dynasty and the Chin Dynasty, until 1234, and the third part explores how it became the capital of the Chinese empire, until 1911. This work is a historical geography and the introduction details topographical features and geographical relations of the city, describing the way in which the mountains rise from the plain creating concave arms to enclose Peiping, leading to the name, the 'Bay of Peiping'. We learn that the mountains frequently reach over 3000ft and have practically no foot-hills, whilst the bay itself is filled with sediments of gravel, sand, loam and loess which have been deposited in horizontal strata, to a great depth. Numerous illustrations and figures are included, and readers will see how the city sits between two rivers, the Hun ( or Muddy River) and the Pai ( or White River). These chapters reveal how each river has made its contribution to the material development of the city and its environs, including through irrigation and as the Hun River shifted its course. Owing to the geography of the region, almost all roads leading from the northern lands of Mongolia and Manchuria to the great plain of North China in the south are bound to converge at Peiping. The historical consequences of this, as well as local climate conditions and other aspects of geography are explored in this book, which traces the historical rise to eminence of Peiping.