- A Social and Cultural History of Latinos in the United States 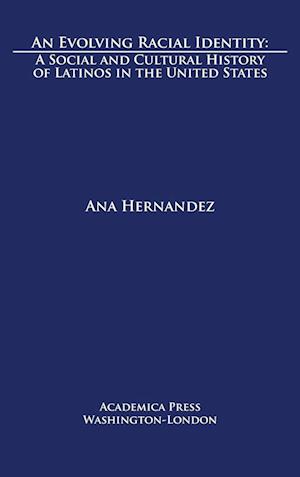 In this groundbreaking study, Ana Hernandez offers an in-depth analysis of the social and cultural influences in the Latino community and its effect on the development of Latino racial identity from clinical and therapeutic perspectives. Her book addresses what it means to be a "Latino" in the United States, including the origins of the term and its use to describe individuals from Central America, South America, and the Caribbean. It makes distinctions among race, ethnicity, and culture and describes common terminologies used to denote individuals whose origins lie in the south of the Western Hemisphere. An Evolving Racial Identity discusses mental health consequences that can result from varying racial identities and examines the sociocultural contexts that explain the prevalence of diverse racial identities and the racial experiences in the United States. The study employs a research lens from data collected on 206 self-identified Latino young adults to evaluate experiences of racial discrimination and parental racial socialization in addition to what happens when individuals from Central, South America, and the Caribbean are confronted with the harsh realities of race in the United States. Hernandez deftly describes the ways in which individuals cope with North American racial discourse while simultaneously grappling with their own countries' racial socialization and colonization histories, which are often unacknowledged and unaddressed in the U.S. mental health field. This sociocultural context has important implications for mental health. This book offers strategies for mental health practitioners from the perspective of couples and family therapists. It also offers a Racialized Identity Framework to guide researchers and clinicians on how to best understand and alleviate the phenomenon of racial identity within the Latino population.