An Essay on the Principle of Population, as It Affects the Future Improvement of Society 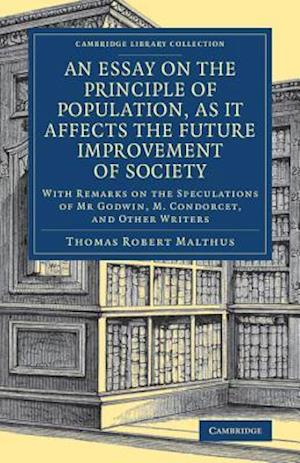 Resulting from discussions with his father on the works of Condorcet and William Godwin, Thomas Malthus (1766-1834) published anonymously in 1798 his first and most famous work. Written as a polite attack on French post-revolutionary speculations on social and human perfectibility, this remains one of the most powerful statements of the limits to human hopes set by the tension between population growth and natural resources. Central to his philosophy was the belief that 'The power of population is indefinitely greater than the power in the earth to produce subsistence for man'. The publication was extremely controversial, not only because of the discussions of prostitution, contraception and sex, but also because Malthus denied the right of the poor to be supported in the face of famine, poverty and disease. This 1798 first edition led to a riposte from Godwin, Of Population (1820), which is also reissued in this series.