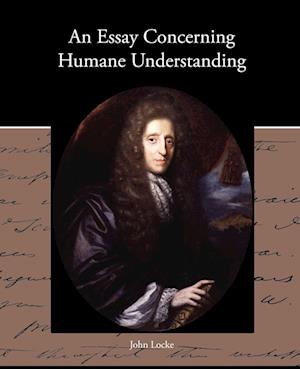 John Locke (1632-1704) was an English physician and philosopher regarded as one of the most influential of Enlightenment thinkers. Considered the first of the British empiricists, he is equally important to social contract theory. From Wikipedia, "First appearing in 1690, the essay concerns the foundation of human knowledge and understanding. He describes the mind at birth as a blank slate (tabula rasa, although he did not use those actual words) filled later through experience. The essay was one of the principal sources of empiricism in modern philosophy, and influenced many enlightenment philosophers, such as David Hume and Bishop Berkeley. Book II of the Essay sets out Locke's theory of ideas, including his distinction between passively acquired simple ideas, such as "red," "sweet," "round," etc., and actively built complex ideas, such as numbers, causes and effects, abstract ideas, ideas of substances, identity, and diversity. Locke also distinguishes between the truly existing primary qualities of bodies, like shape, motion and the arrangement of minute particles, and the secondary qualities that are "powers to produce various sensations in us" such as "red" and "sweet." These secondary qualities, Locke claims, are dependent on the primary qualities. He also offers a theory of personal identity, offering a largely psychological criterion. Book III is concerned with language, and Book IV with knowledge, including intuition, mathematics, moral philosophy, natural philosophy ("science"), faith, and opinion."