An Environmental History of Twentieth-Century Britain 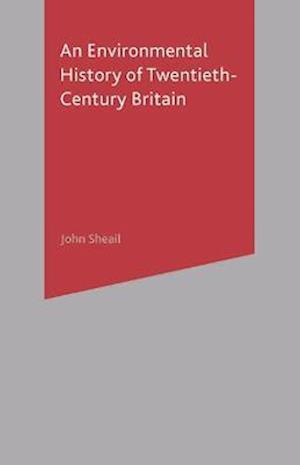 Environmental history - the history of the relationship between people and the natural world - is a dynamic and increasingly important field. In An Environmental History of Twentieth-Century Britain, John Sheail breaks new ground in illustrating how some of the most pressing concerns came to be recognised, and a response made. Much use is made of archival sources in tracing a number of key issues, including: * management of change by central and local government * the manner in which natural processes were incorporated in projects to protect personal and public health, and ultimately environmental health* new beginnings in forestry * the emergence of a third force alongside farming and forestry in the countryside * management of a transport revolution, and mitigation of environmental hazardsSuch instances of policy-making are reviewed within the wider context of a growing awareness, both on the part of government and business, of the role of environmental issues in the creation of wealth and social well-being for us all. An Environmental History of Twentieth-Century Britain is essential reading for all those concerned with these issues.