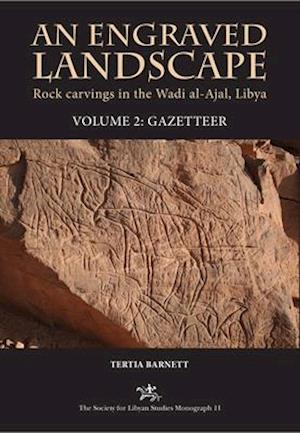 An Engraved Landscape is a contextual analysis of a substantial new corpus of engravings from the Wadi al-Ajal, situated in the Central Saharan region of south west Libya. The wadi is renowned as the heartland of the Garamantian civilization, which emerged from local mobile Pastoral communities in the 1st millennium BC, and dominated trans-Saharan trade and politics for over a thousand years. Extensive archaeological and palaeoenvironmental investigations in recent years have provided detailed insight into the later prehistory and protohistory of the wadi and surrounding areas. However, prior to the fieldwork detailed in this volume, only a handful of carvings had been recorded in the wadi. This volume is based on systematic survey, conducted between 2004 and 2009, which recorded around 2,500 previously unknown or unpublished engraved and inscribed rock surfaces. All forms of engraving, whether figurative or surface markings, were viewed as significant residues of human interaction with the rock surface and were recorded. The resulting database provides an opportunity to analyse the engravings in relation to their changing physical and cultural contexts, and the discussion offers a fresh interpretation of Saharan rock art based on this substantial new evidence. An Engraved Landscape also captures in detail a unique heritage resource that is currently inaccessible and threatened. This record of the fragile engravings provides an important source of information for researchers and students. Volume 1 offers a synthetic discussion, as a companion to this Gazetteer.

Forfattere
Bibliotekernes beskrivelse This study of the rock art of the Wadi al-Ajal, south west Libya, is based on extensive fieldwork directed by the author between 2004 and 2009. It presents and synthesises a rich corpus of new engravings from an area of central importance in the cultural development of the Sahara.